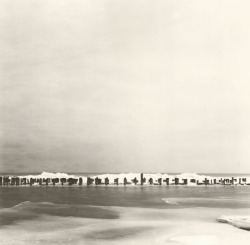 Early in my career as a musician, I had the great pleasure of meeting noted American composer John Cage. His message, distilled to a very few words, was to embrace the unusual elements that chance brings to the composition and performance of music. Now, some thirty years later, I find the same advice applies with equally delightful results in the darkroom.

Shortly after I began developing my own film, I started finding references to using Folger’s coffee as a film developer. For some reason, this aroused my sense of adventure. The idea of applying common household materials to the photographic process really appealed to me. I was nervous, though; what if I destroyed my precious negatives? I wondered if the process could be applied equally to darkroom printing. Could I process my negatives normally and use the coffee developer on my paper? Unfortunately, most of what I read on the subject was not very encouraging. Not the type to be so easily put off, I mixed up a batch of standard Caffenol film developer and gave it a shot. Though the formula as I first encountered it called for brand name products, such as Folger’s Coffee and Arm and Hammer Washing Soda, any appropriate generic products will work just as well.

As alternative processes go, Caffenol printing is about as easy as it gets. You simply substitute the above coffee mix for your standard paper developer. My first attempt, a shot of the Chicago Water Tower, under the shadow of the Hancock building, was a far greater success than I had any right to hope. Having had no real preconception of what, if anything, Caffenol prints would look like, I couldn’t have been happier. Not only was there an image on the paper, but it was suffused with surreal blotches, streaks and swirls. John Cage would have been proud. 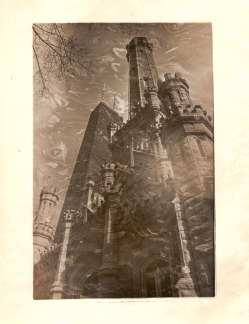 
As the above print shows, the development is anything but even, contrast is low and the image is almost overpowered by a general… coffee stain. (What the print cannot show is how bad it smelled.) But there was an image on the paper - one that said, “look at me!”; something that I had always hoped my pictures would say.

I followed these prints with several on Kentmere Fine Lustre RC, which produced much more consistent results. 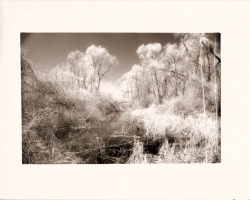 
Since these first experiments, I have returned to this process several times, with varying, but always interesting results. In this way I have found that different paper emulsions respond quite differently under Caffenol developing. Also, though Caffenol prints have a very similar look to some lith prints, it is technically not a lith developer. Dr. Tim Rudman tells me that whatever it does, Caffenol does not promote infectious development, a key requirement of lith printing.

It seems that beyond the image developing qualities of Caffenol, it has a powerful staining effect on the paper. Combined, these two effects make for a widely varied range of print results. Like lith pritning, development of Caffenol prints is determined through inspection, and an early or later "snatch time" can greatly affect the tone, contrast and overall impact of the print.

In my earliest experiments, it appeared that Caffenol developing did not respond well to split-grade printing. As with any darkroom skill, however, a little practice makes the difference between success and failure. In fact, I find now that split-grade printing is my preferred practice with caffenol printing. As with many Alt processes, it is a good idea to begin with a good, well-contrasted negative. I have found as well, that increasing the amount of coffee and washing soda by about 25% in relation to water greatly speeds up the development time. Typically, full development is achieved in under 1 minute for Resin Coated papers. Fibre Papers, which lack the integral developer that are present in many RC Papers, take considerably longer to produce an image – a minimum of two minutes to show the first vestiges of an image, and nearly seven minutes to achieve full development.

Another useful observation is that exposure times with Caffenol are comparable to those with my standard print developer, Ilford Universal Paper Developer. One final hint - a fresh water bath after the developer will greatly prolong the life of your stop and fix chemicals.

At this point, the archival qualities of images developed in coffee are unknown. I have only been making Caffenol prints since 2007, but so far, my first prints show no sign of deterioration. Toning coffee prints in Selenium tends to change the coffee tone to a very warm chocolate brown, all in all a very nice effect.
-   -   -

The following images were all taken with a new-to-me Rolleiflex 3.5f, a 50 year old camera that consistently produces the finest negatives I have ever taken. 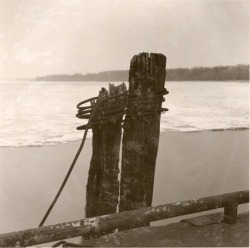 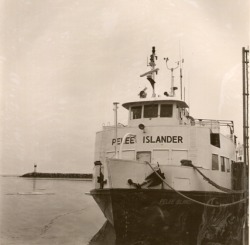 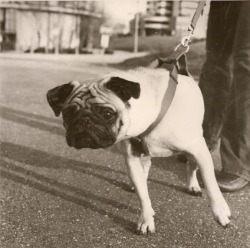 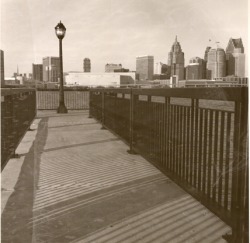 The following five prints were done in a slightly less powerful Caffenol mix, as my supply of coffee had run out. The result was much smoother development, with less of a coffee stain. The developer was almost completely exhausted after 7 prints. The paper used for these prints is Ilford MGIV RC Deluxe Pearl. 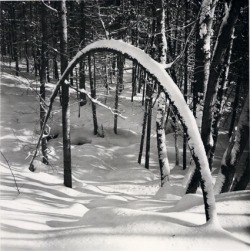 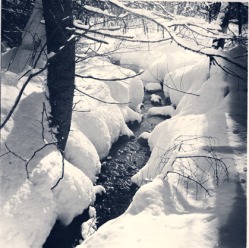 About 5 seconds after this frame was shot, I took a tumble on my snowshoes and landed face-first in the snow on the opposite side of the stream. Luckily, this was northern Quebec snow, which was crisp, cold and dry.  My Rollei took a good cleaning and came out none the worse for wear. 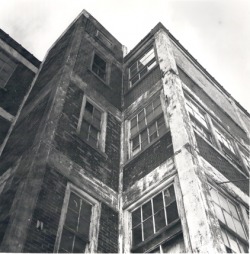 This building is a perennial favourite among film students in the city. There are many interesting angles and ruined bits that are perfect for your typical "urban photo shoot" project. 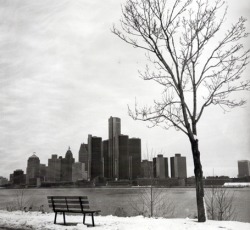 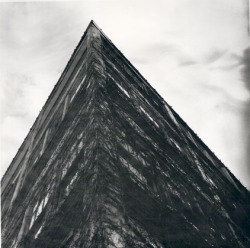 Back to full strength: 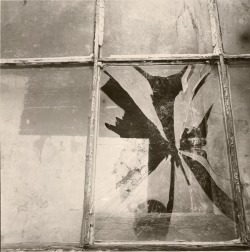 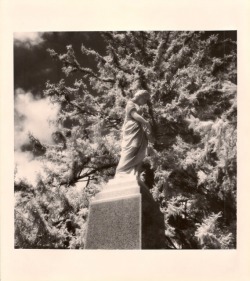 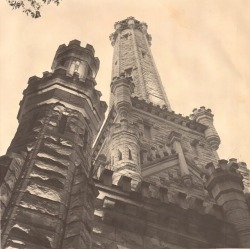 For this image, in which I experimented with using Caffenol with fibre based papers, I returned to the Chicago water tower, the subject of my first ever caffenol print, taken about a year and a half after the original image. As with my very first Caffenol print, I really was not sure if this would work or not.  (I'd been told in no uncertain terms that it would not, as most fibre papers lack the integral developer that is present in many resin papers.) When the image finally began to appear after a full two minutes, I again felt the excitement of watching the seemingly impossible take place before my eyes.

If my results to date are any indication, it would seem that whatever it is (or isn’t), Caffenol printing does provide a viable alternative to traditional darkroom chemistry and techniques. The flaws in the print give each its individual character, and are impossible to reproduce. That being said, if you want absolute control of the process, with repeatable results, use professional chemistry in your trays and drink your coffee. Like a pair of blue jeans, each coffee print is unique.